Nursing Times has a history of successfully campaigning on issues of importance to the nursing profession. Below you will find information on some of our more recent campaigns, their aims and achievements.

During the last decade and more, Nursing Times has campaigned for protected time and funding for nurse training, free parking for NHS staff, better protection for whistleblowers, nurse representation in NHS commissioning organisations, and mental health and wellbeing support for nurses during the Covid-19 pandemic.

Nursing Times launched a new campaign – Covid-19: Are you OK? – on 8 April 2020 to highlight the mental health pressures and needs of nurses during and after the coronavirus pandemic.

Concerns around lack of equipment, heightened staff shortages, coping with redeployment, the risks posed to staff, their friends and families and the death of colleagues have all taken their toll.

The pandemic also exacerbated existing pressures on nurse mental health, most notably from short staffing. As a result, the stress of the crisis has been laid on top of an already stressed workforce.

A survey of 3,500 nurses undertaken in 2020 for the campaign found that 33% of respondents rated their overall mental health and wellbeing as “bad” or “very bad” and 50% described themselves as “a lot” more anxious or stressed since the pandemic.

Among the campaign’s aims are to raise and maintain awareness of the issues affecting the mental wellbeing of nursing staff before, during and in the wake of the Covid-19 crisis.

Nursing Times is also encouraging health and social care employers and educational institutions to make a pledge to support the mental health and wellbeing of their nursing staff and students.

In addition, organisations representing nurses and other staff are publicly backing the campaign and its aims, including the International Council of Nurses, Unison, Nursing Now, the Queen’s Nursing Institute, the RCN Foundation and NHS Employers.

We have created an online hub collating information on the campaign, resources and support provided by other organisations, as well as latest campaign news and developments.

Launched in March 2013, the Speak Out Safely (SOS) campaign was intended to help strengthen protection for frontline staff and increase honesty and transparency in the NHS.

The SOS campaign came about after the Mid Staffordshire Foundation Trust Public Inquiry report, which had highlighted the need to encourage staff to raise concerns or whistleblow.

The hard-hitting report into the scandal had identified that workers had tried to speak up about patient safety concerns but had been ignored and even victimised as a result.

Meanwhile, according to a survey to mark the launch of our campaign, nurses who spoke out about concerns in the NHS said they were likely to face negative consequences and were often ignored.

The aim of SOS was, therefore, to help bring about an NHS that was not only honest and transparent but also actively encouraged staff to raise the alarm and protected them when they did so.

We called on the government to implement a statutory “duty of candour” for NHS organisations, as recommended in the public inquiry report, which would make it a criminal offence for any trust or manager to prevent staff raising concerns after a serious injury to a patient or death.

Nursing Times also sought a pledge from all NHS employers to make an explicit public commitment to their staff that they will not face disciplinary action for raising genuine patient safety concerns.

In addition, we wanted the government to commit to a full review of the Public Interest Disclosure Act to ensure it gives adequate protection for NHS staff.

Nursing Times was successful in getting 65 NHS trusts and 11 clinical commissioning groups to sign up to the campaign and its contribution to having a statutory duty of candour across the NHS.

A Seat on the Board

Launched in December 2010, the Seat on the Board campaign called for it to be made a requirement for clinical commissioning groups to have at least one nurse on their board.

Changes brought in under the Health and Social Care Act 2012 resulted in one of the most radical set of changes in NHS history, with the introduction of GP commissioning and the handing of £80bn to GP-led consortia – later to be called CCGs – to buy and pay for services. 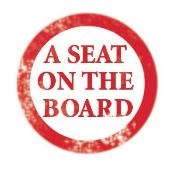 The campaign was launched in response to concerns that the nursing profession would lack sufficient influence over future NHS funding decisions when the GP-led consortia took over from primary care trusts in 2013.

Over a 1,000 people signed a petition supporting the Seat on the Board campaign, which was also backed by the Royal College of Nursing and other organisations.

On 11 June 2011, the government announced the amendments to the 2011 Health and Social Care Bill, following the “listening exercise” sparked by concerns from clinicians about the proposed reforms.

It said there must be a registered nurse on the board of every GP-led commissioning consortia, marking a victory for the Nursing Times’ Seat on the Board campaign.

Seat on the Board won the Campaign of the Year category at the 2011 British Society of Magazine Editors (BSME) Awards.

Free Parking – Clamp Down on Charges

The campaign, which was launched on 30 September 2008 and ran for three months, called for the abolition of car parking charges for nurses in England – as was the case already in Scotland and Wales – or at the very least for a cap on charges.

It was backed by a survey in which 94% of respondents thought nurses working in England and Northern Ireland should be exempt from paying car parking fees, and 91% said it was unfair that charges were to be scrapped in Wales and Scotland only.

‘Free parking’ permits were sent out with the print issue of Nursing Times so that nurses could display them in their car windows. Part of the campaign involved an online petition to prime minister Gordon Brown, which the government formally responded to.

The government stated that decisions on charges would continue to be made at trust level. It added that 2006 guidance recommended NHS bodies “offer free or reduced price car parking to those staff, patients and visitors who have to use their car parks on a regular and long-term basis”.

However, charging nurses and other NHS staff to pay for parking at their place of work continues to be an ongoing issue in much of England.

Time Out for Training

Launched in January 2008, the Time Out for Training campaign sought to get guarantees from trusts and the government on protecting time and funding for nurse continuing professional development.

It took place against a background of financial pressure leading commissioners to raid funds that were previously ringfenced for post-registration training.

The campaign aims included persuading trusts to guarantee sufficient training time is set aside for both career progression and patient safety and to compel the government to bring back ringfencing of training budgets.

Other goals included to raise awareness of the importance to the profession, those in the NHS and the wider public of post-registration training for nurses, and to secure guarantees for sufficient backfill to cover the training requirements of nurses.

Over the next six months, Nursing Times secured a guarantee from seven of the 10 strategic health authorities that, during that financial year, they would cease to divert education funding and will invest all of the relevant money in staff training.

Lord Ara Darzi’s NHS Next Stage Review also promised reforms for staff training, with trusts expected to declare their levels of expenditure on CPD among other things.

Time Out for Training won the Campaign of the Year category at the 2008 British Society of Magazine Editors (BSME) Awards.

In 1992 Nursing Times launched the Mind Your Back campaign, calling for nurses to have the right to be protected from back injury caused by inappropriate lifting and for full implementation of new EC rules on manual handling.

Up to 3,600 nurses were leaving their jobs every year because of back injuries, at a loss of 1.3 million working days. Nursing Times editor John Gilbert said: ‘The scandal of nurses leaving the profession in pain and with their lives and careers in tatters must end.’

Another high-profile campaign was 1995’s ‘Nursing Times Says Nurses Need 3% Pay Up Now!’ This called for an across-the-board 3% pay hike rather than the 1% national award that employers could implement as a minimum. A major demonstration followed, nationwide protests and a survey of 1,000 members of the public showed that 90% of the population supported a 3% rise.

Later that decade the 1998 Stamp Out Violence campaign sought to reduce violence against nurses and led to official government reduction targets.

By April 1999, then health secretary Frank Dobson announced for the first time that government would carry out and publish regular surveys to monitor the number of attacks on NHS staff, trusts were told they had to set targets for reducing violence and meet them, and there would be a cross-government drive to cut violence against NHS staff with national guidelines on assaults, covering prevention, publicity, prosecution and sentencing.

Early in the new millennium Nursing Times’ 2001 Save Nurses from Stalkers campaign was a response to new legislation allowing the public to demand nurses’ home addresses.

This was widely branded as a ‘stalkers’ charter’ and 7,000 Nursing Times readers signed a petition demanding this part of the legislation be changed. The threat was removed as the final legislation said a nurse’s home address would not be published or given without their permission.

In 2004 Nursing Times ran a Fairness on Fees campaign to force the NMC to think again on its proposal to increase the three-year registration fee from £60 to £144. Around 13,000 nurses wrote to Nursing Times in support of the campaign and these were presented to the NMC. The fee rise was reduced to £129 as a result, an estimated saving of £10m for the nursing workforce.