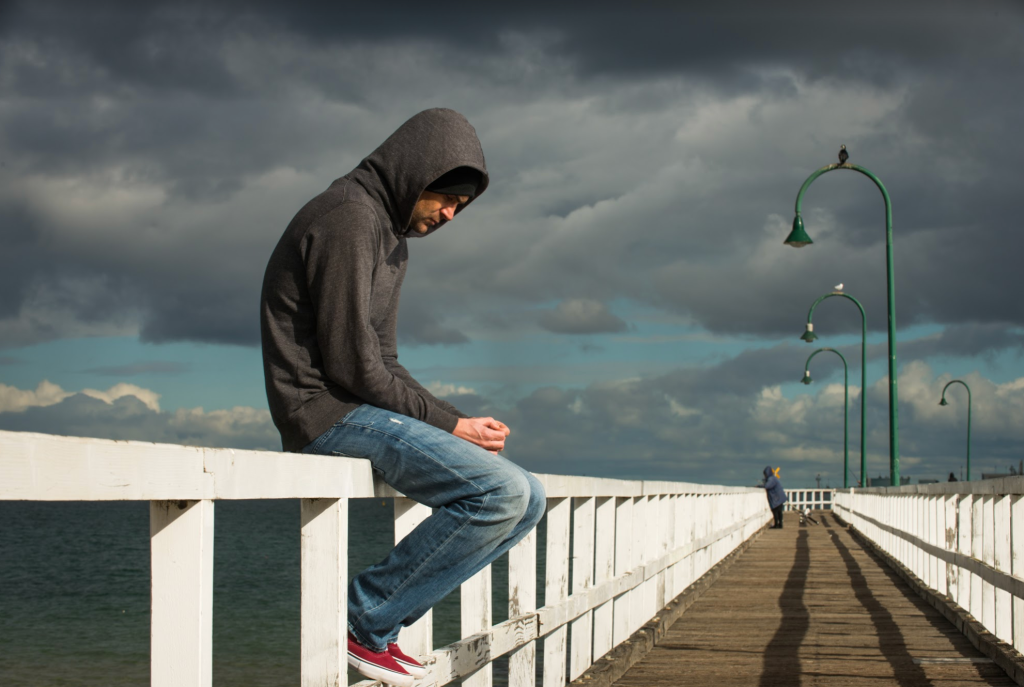 The shocking mental health crisis in Australia’s entertainment industry was brought to light in Ben Steel’s 2019 documentary The Show Must Go On, produced by Sue Maslin and screened to acclaim on the ABC.

Things were bad then, and that was before COVID-19. In the years since, Steel has followed up with a number of roadshows, workshops and wellbeing initiatives. Most recently, he’s trained as an accredited Mental Health First Aid (MHFA) instructor, which means he can teach other first responders. He is providing free mental health first aid training to the screen sector.

Speaking to Screenhub from his current home on the Gold Coast, Steel says he hopes this is just the start of a larger initiative. ‘Even though these courses are full, I want people in the industry to know this training is here, it’s coming, and I hope to secure some long-term funding so we can run them more regularly. It’s important that we raise awareness and help people to know how to help when their colleagues are struggling.’

What is mental health first aid?

Steel says that similar to physical first aid, mental health first aid doesn’t teach you to become a psychologist or a doctor, but teaches you to be a first responder to something you’re concerned about.

Similar to physical first aid, mental health first aid doesn’t teach you to become a psychologist or a doctor, but teaches you to be a first responder to something you’re concerned about.

‘Maybe someone you know is developing a condition or disorder, or going through a mental health crisis,’ explains Steel. ‘It could even be something public, like at a road accident, when someone goes into shock and before anyone else arrives on the scene you can know how to intervene and make sure they’re okay. Or if someone having a psychotic episode and you want to know how to support them. Those are extreme crisis situations, as is the case if someone is suicidal.’

Early intervention and encouraging professional help-seeking are keys to encouraging a healthy sector, says Steel. ‘Often people that are struggling can’t see a way out and they feel that they are all alone, so having these interventions and conversations early – before conditions worsen, is absolutely vital.’

There are many benefits to Mental Health First Aid. Supplied.

Steel says that although awareness around mental health is growing in the screen sector we still have a way to go before catching up to other industries like the music and live performance areas who have been involved in similar initiatives for several years, including the Arts Wellbeing Collective in Melbourne. ‘As far as I know nothing like this has happened for screen before, and we want to step up and fill that gap.’

Jason Burrows, the CEO of Jungle Entertainment was a key instigator and participant in workshops Steel ran in 2020. Burrows said, ‘MHFA training for the screen sector is a fantastic idea and initiative. For too long, the mental health of our screen workforce has been neglected despite the terrible statistics and it’s time for change. Great work has been done creating guidelines and protocols that look at the physical health concerns of our cast and crew, and now we need equal consideration and support to help strengthen mental wellbeing.’

Recent MHFA course participant and Co-chair of the Equity Wellness Committee Kathy Lepan-Walker said that often screen colleagues don’t know what to say or do, or how to help someone they are concerned might be struggling with a mental health challenge. ‘That’s where mental health first aid training helps. It provides you with the framework and the skills to have these conversations and enables you to provide initial support to someone that you are worried about.’

Who are the first 60 trainees?

The fully online Mental Health First Aid training course takes around 12 hours to complete and involves both general skills and information specific to the screen sector, where issues like the gig economy, long hours and the regular ‘abandonment’ of leaving one’s workplace ‘family’ on a particular set to move to another one.

The actual course involves four to seven hours of self-paced e-learning where participants work at their own pace through modules provided by MHFA Australia, and then there are two two-and-a-half hour live workshops with Steel via Zoom.

Steel says in terms of the first cohort of participants, he’s reached out specifically to areas where the most impact will be felt.

‘Women in Film and TV (WIFT) also have several people signed up because in those organisations people may be reaching out around issues like bullying, harassment or sexual abuse. So having some skills to be able to navigate these conversations and provide support there is a no brainer.’

At the very end of the production process there’s a lot of stress and pressure that producers or directors are feeling, and they turn to the people in post for a nurturing role.

‘We’ve also reached out to some agents, crew and performers as well. Agents often get turned to in times of crisis, and are aware when someone on their books is struggling.’

‘In crews, unit managers and ADs and post production people are key. At the very end of the production process there’s a lot of stress and pressure that producers or directors are feeling, and they turn to the people in post for a nurturing role. This has come out of some of the conversations I’ve had with the Screen Editors Guild.’

Are we making progress?

Steel says we are getting better at talking about our struggles and vulnerabilities, but many barriers exist around reaching out.

‘Specific to our gig-based industry, people have the fear of not getting the next gig, or of admitting that they need a day off to visit a psychologist in a tightly deadline driven project. But we’re slowly chipping away at the stigma and learning it’s okay to admit you’re not okay.’

‘I think government-wise and screen agency-wise, and at some of the bigger companies, there are some good internal wellbeing initiatives, but with a lot of the smaller production companies who are struggling to meet deadlines and create content, and with all the closures and changes to TV content quotas, it’s something that’s just in the background. We need to keep having these conversations to bring it forward, and we need to train people to feel confident in what to say and do around those conversations so they can support others.

The Show Must Go On is available to watch, rent and buy. Details at Film Art Media.

If this story has raised any issues for you, please call Lifeline on 13 11 14, or visit here for industry relevant resources

Rochelle Siemienowicz is a journalist for Screenhub. She is a writer, film critic and cultural commentator with a PhD in Australian cinema. She was the co-host of Australia’s longest-running film podcast ‘Hell is for Hyphenates’ and has written a memoir, Fallen, published by Affirm Press. You can find her on Twitter and Instagram

We use cookies on our website to give you the most relevant experience by remembering your preferences and repeat visits. By clicking “Accept”, you consent to the use of ALL the cookies.
Cookie settingsACCEPT
Manage consent

This website uses cookies to improve your experience while you navigate through the website. Out of these, the cookies that are categorized as necessary are stored on your browser as they are essential for the working of basic functionalities of the website. We also use third-party cookies that help us analyze and understand how you use this website. These cookies will be stored in your browser only with your consent. You also have the option to opt-out of these cookies. But opting out of some of these cookies may affect your browsing experience.
Necessary Always Enabled
Necessary cookies are absolutely essential for the website to function properly. These cookies ensure basic functionalities and security features of the website, anonymously.
Functional
Functional cookies help to perform certain functionalities like sharing the content of the website on social media platforms, collect feedbacks, and other third-party features.
Performance
Performance cookies are used to understand and analyze the key performance indexes of the website which helps in delivering a better user experience for the visitors.
Analytics
Analytical cookies are used to understand how visitors interact with the website. These cookies help provide information on metrics the number of visitors, bounce rate, traffic source, etc.
Advertisement
Advertisement cookies are used to provide visitors with relevant ads and marketing campaigns. These cookies track visitors across websites and collect information to provide customized ads.
Others
Other uncategorized cookies are those that are being analyzed and have not been classified into a category as yet.
SAVE & ACCEPT